The Adventures Of Beef And Nerd Continued: We’re All Going On A Summer Holiday!

The Adventures Of Beef And Nerd Continued: We’re All Going On A Summer Holiday! 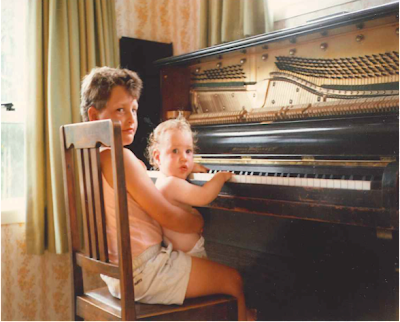 The annual Hitchin family post-Christmas vacation to Whangamata was the event of the year. Five weeks of sunshine, endless hours of boogie-boarding, fish and chips with the town’s entire seagull population for company, and after-dinner ice cream walks inevitably ending with an unbalanced Bubble-O-Bill falling off the stick. This truly was the time of year our whole family looked forward to, and it has to be the setting for this article about my childhood with Beefy.

So, I’ll start from the beginning, which happens to be the trickiest part of the whole holiday. Our yearly rental house was completely gutted, so we took everything with us. And I mean everything. From the couches to the beds, the fridge to the dog kennel: Literally everything but the kitchen sink. If burglars broke into our Auckland home they would have been sorely disappointed.

The morning of our departure, dad would spend hours packing the car and trailer, becoming increasingly stressed as he frantically rearranged the burgeoning load. I liken it to a live game of Tetris with a whole lot of bungy cords. Once the trailer and roof racks were at full capacity, the family piled into the Pajero. To give you an idea of the finished product: Give us each a banjo and we could have been mistaken for the Beverly hillbillies.

This all seems stressful enough right? Well, now add my eldest brother Beefy to the equation. Andrew Francis Hitchin, aka Beefy, was far from the best-behaved child. In fact, he made a concerted effort to avoid fooling people into thinking he was. And he knew exactly how to get a reaction out of me. The drive to Whangamata was like sitting in close quarters with a hopped-up crab: He would pinch and pinch until I finally snapped and tattled to mum. Mum’s classic response: “Lauren, he’s just wanting attention and you’re giving it to him. You’ve both lost your next Barley Sugar”.
She may as well have said I would never see sunshine again. Our mum never gave us sweets: She even put fruit in our Christmas stockings (albeit the fancy kind-plums, cherries). So she very wisely used Barley Sugars as a bargaining tool for good behaviour on the car ride. They were handed out at twenty-minute intervals, like little bits of gold. If you played up, you lost your Barley Sugar for those twenty minutes. It was devastating, but no amount of begging could get that Barley Sugar back. Every year, by the time we reached the Coromandel turnoff thirty minutes from our driveway, Beef had lost most of his Barley Sugars for the trip, and in the process, mine too.

This is such a typical example of growing up with Beef: I always got punished for his misbehaviour. Mum’s no nonsense ‘equal behaviour expectations for all’ meant if one of us acted out, we all suffered the consequences: No TV, no dessert, (or worst of all, no Barley Sugars!). My favourite was the ‘run around the house until you’re tired’ when we argued too much. The neighbours must have thought we were mad.

By no mean feat, we would arrive in Whangamata and begin our five weeks of Amish-like living: No TV, Gameboys, or PlayStations. Just good old fashioned family fun. I guess it was this absence of entertainment that gave Beef time to tackle his flair for inventing.

Oh his inventions! As a child I thought he was so cool making zany contraptions, and they sure made the time pass. Then I turned 15.

I remember that year at Whangamata, he invented a system for carrying boogie boards to the beach. He found a rusty old two-wheeler golf trundler at the tip, attached some bike wheels, laid the boogie boards on, and bungy corded them down. He attached the golf trundler to the back of his bike, and rode to the beach with the boards. Now this was okay, had he dropped the boogie boards on the boardwalk and let me carry them down to the beach. But this is Beef. He had to drive across the sand, using his air horn to clear a path through sunbathers, to deliver them to me. And often it was a surprise. I could be flicking my hair trying to impress a group of guys with my girlfriends, and the air horn would blast, announcing the arrival of Beef with my boogie-board. 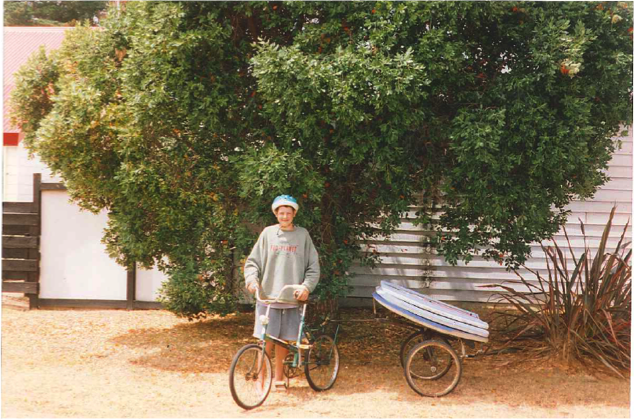 My friends thought it was fantastic; a right laugh, not to mention a handy service. But I would get so embarrassed. And I let Beefy know with a scowl and some harsh words about them being my friends not his. Looking back, I don’t know why it bothered me. He so desperately wanted friends, and went out of his way to impress us. It must have been hard for him when I grew up: He still wanted the little sister who thought he was cool and looked up to him. But instead he got a temperamental PMS’ing madam who was constantly annoyed by him. Imagine someone telling you the things you’ve always done are now super embarrassing? (I imagine most parents of teenagers know how that feels). But for Beef, young at heart and so desperate to please, it would crush him. And I knew that. I would spend the rest of the day feeling guilty and wishing I hadn’t snapped at him.

And you know the ironic thing? Beef helped me pick my best friends. Seeing people interact with Beef really shows their true colours. If Beef went quiet when I said a friend was coming over, that person was very likely a tosser who didn’t give him the time of day. I had no time for those ‘friends’ who thought they were smart and had a cheap laugh at his expense. I just never got the joke I guess.

I recently got engaged, and I immediately told my three best friends. The one thing they all asked eagerly: ‘Was Beef thrilled?’ Their faces were full of excitement, ready for a great Beefy story. That made me smile, and I knew I had my bridesmaids sitting in front of me: Genuine, warm, caring people who truly love my brother for who he is.

And my fella John who proposed: He’s been living with Beef and I for a year now and he’s stuck around. And Beef really tested him, staging a three-month sit-in to protest John’s arrival at ‘his’ house. John must really like me.

I’ve said it before, and I’ll say it again: I had the best childhood with Beef, and I loved every minute of it. I may have told him off along the way, but I loved being a kid with him, and can still be one even now I’ve grown up. Beef always has, and always will, keep it real: No drama, no gossip. He just says it like it is. Of course he got more attention, but darn did he work for it: I’ve never known someone to put so much effort into something.

I will finish with some important advice from a wise sister looking back:

Firstly, there will be many times when you feel your sibling gets all the attention from your parents. Remember, your sibling is just as desperate for your attention and approval, as you are of your parents. As you grow up, make new friends and move out of home, he or she will look on with envy and perhaps feel left behind. Remember to include them, even when you turn 15 and they’re ‘so embarrassing’. Make time for them, let them know what’s going on in your world, and ask about theirs.

Secondly, realise what you are learning from your sibling even in the most frustrating of times. I used to think it was ‘so unfair’ when my parents punished us all for Beef’s bad behaviour. But I must admit it was a clever strategy. It taught us to work as a team, to look after one another, and made him really consider if a tanty was worth the punishment for everyone else. These are important skills I have certainly taken with me throughout life, and they have served me very well. That was so Mum: Always teaching us even if we didn’t realise it.

Thirdly: Anyone who makes you feel bad, uncomfortable or guilty for having a sibling with extra needs isn’t worth your time. Full stop.

And finally, having a sibling who has a disability can make you feel different to your friends. When I was growing up, there was nothing to help me with this. As a result, through my doctoral studies I am in the process of creating a supportive social network connecting young carers of persons who have disabilities or illness throughout New Zealand. The social network will enable young carers who might feel alone, invisible or different to come together and share their experiences and connect with similarly situated individuals. I want it to be a social network for young carers by young carers. As such, if you know anyone who would be interested, please get in touch with me. I would love their input and feedback, so that it truly meets the needs and desires of young carers.

Young Carers: Our Time, Our Place

The world of the young carer; youth aged up to 25 years providing substantial care for a family member with a disability or illness; is near invisible. This makes it an often lonely, isolated role. It is our time as young carers to unite together and share our experiences of providing significant care for family members with extra needs.

In 2013 I read an article in which I discovered I have been the young carer of my brother who has an intellectual disability since our mother’s passing in 2002. This opened my eyes to a world I thought only I experienced. 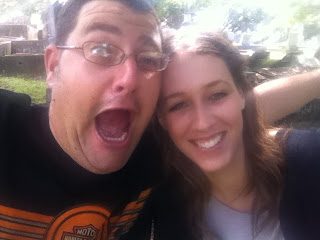 My brother and I goofing around!

The opportunity for me to connect with other young carers and the persons in their care has been amazing. The emancipation I have gained must be shared. I want to help other young carers to attain an identity that recognizes their significant, meaningful caring role, and which connects and unifies them throughout New Zealand.

As a result of my experience, I am now doing a Doctor of Philosophy (PhD), researching the lives of young carers and the persons in their care. The proposed outcome of my doctoral research is a breakthrough social venture: 'Our Time, Our Place'. It is an ongoing, supportive, social network for young carers, the aim of which is the development of a constructive, collaborative young carer identity in Aotearoa, New Zealand. It is a not-for-profit enterprise providing a non-judgmental space for young carers to feel accepted, appreciated, heard, and understood, while connecting young carers throughout New Zealand.

I really hope to hear from you! 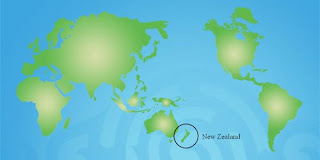